Thermal convection is a major process occurring in number of natural and industrial systems (glass, food processing, polymers, muds,...). Convection also controls the dynamics of ocean, atmosphere, stars and planets interiors. Most of these fluids have a complex rheology. Silica and polymer colloidal dispersions are promising model systems to study convective transports in complex fluids as their rheology can strongly vary with particle concentration, temperature, and inter-particle interactions. But the dispersions biphasic nature can produce an important Soret effect, whereby a temperature gradient induces a concentration gradient. It is then essential to characterize its influence compared to classical convection. This is the goal of this project.

Methods: We shall use concentrated silica and/or polymer colloidal suspensions with particles diameter of a few nanometers. The interactions between nanoparticles will be tuned to become either repulsive by hydrophobic grafting on their surface, or attractive by varying the salt content of the solute. This will allow to modulate the existence and magnitude of the Soret effect and study its influence on convective instabilities. Fluid mechanics experiments on convection will be run in two configurations: (i) when the fluid is heated from above, which allows to isolate the Soret-induced convective instabilities, and (ii) the more classical case when the fluid is heated from below, to study the coupling between thermal convection and Soret effect. State-of-the-art visualization combining neutrons and X-rays imagery, DLS, Raman and IR spectroscopy, rheology, LIF and PIV will allow to characterize the processes from the nano- to the cm-scale.

Objectives: We shall aim at (1) mapping the different regimes as a function of the physico-chemistry of the colloidal solutions and of the imposed temperature gradients; (2) characterizing each regime and in particular the boundary layers structure from the nano- to the cm-scales; (3) establishing scaling laws for the corresponding heat and mass transfers. One important issue will be to understand to what extent the Soret effect can « pollute » classical thermal convection in colloidal systems, which would have important consequences on the applications.

Environment: This project is at the interface between physico-chemistry of colloids and fluid mechanics, requiring the collaboration of two teams with complementary expertises in material sciences and fluid mechanics. Therefore, the work will be done within two departments of University Paris-Saclay, LLB and FAST, under the joint supervision of Christiane Alba-Simionesco and Anne Davaille.

Profile and skills required: Applicants must have strong quantitative and scientific background, hold a Master degree in soft matter physics, fluid mechanics, or material sciences, and enjoy laboratory experiments. The candidate should be fluent in English and be highly motivated to work in a pluri- disciplinary team. He/She will participate to all the project steps, preparation and characterization of the samples, convection experiments, imagery, analysis and interpretation. 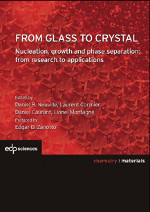